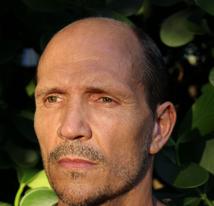 John DeFaro is an American artist, designer, art director, gardener, activist, and naturalist. John's work as a visual artist was first influenced as a youth in an apprentice type of mode from his one-on-one connections with  Jane Wilson, Roy Lichtenstein, and Nabil Nahas among others, all artists who were neighbors in the Hamptons, NY. The natural landscape, homes and gardens, artist studios, and access to NYC made an indelible impression on John.

From age 25-27 John worked as an assistant in Southampton for Henry Geldzahler, the noted curator, critic, and public official whose enthusiastic advocacy of contemporary art made his name synonymous with the art scene in NYC for three decades, in the 60s through the '80s.

From this point until a few years later John then began sketching new ideas for early American furniture, which led him to his next venture.

Following these early sketches major design companies became interested in his work and for five years, beginning at the age of 29 John created original home furnishings designs for Lexington Furniture in Thomasville, NC. For Lexington, he launched a licensed home furnishings collection bearing his birth name DeCristofaro, for which he received royalties for over five years.

At the same time, while living in Water Mill, NY he developed and sold sculptural works in metal and wood and developed his drawings based on nature.

In his late 30s, John moved to Miami and enrolled in the Miami Ad School. During this time he interned at 180 Global in Amsterdam, Netherlands. John then developed gift and collectible items for such organizations as the Miami Children's Hospital and Food for Life Network, which he trademarked as Love Paintingstm.

In recent years his work has moved in new directions in installation, drawing, painting, and performance that returns him to his initial impulses focused on the environment, nature, and found materials. In the development of this new work, on two separate occasions, he has interned with artists Paton Miller and Jordan Massengale. Significant recent exhibits include the following: In 2015 John was selected by curator Carol Jazzar for the exhibit Into the Wild at Miami-Dade Kendall Campus Gallery, in 2014 a wall sculpture for the Boca Raton Museum 63rd Annual All Florida Juried Competition and Exhibition, and in 2012 another wall sculpture Who is Nest, which received both Best in Show and Artist Choice Award at the Miami Beach Botanical Gardens Common Roots exhibit. Also in 2012, his installation Trawler received honorable acclaim at the Art and Culture Center, Hollywood, FL.

John's career also incorporates unyielding HIV/AIDS and environmental advocacy to foster community through human connection, art, and activism. He is the owner of greenreligion.com and the founder and writer of the Green Religion blog.

From 2015-2017 John served as the Executive Assistant for Tigertail Productions.  In 2018 he was a lead assistant for special projects to the chief art conservator at Art Conservators LAB, LLC in Miami. He is also a recipient of two Miami-Dade County Department of Cultural Affairs Artist Access grants. From 2018-2019 John was the Cafe Manager, Artistic Director, and Curator of Art Exhibitions for Books & Books in Coconut Grove, Florida. In February 2020 (prior to the COVID-19 Pandemic lockdown),  John was hired to participate and assist with the activation and opening of Chef Marcus Samuelsson's new restaurant Red Rooster Overtown, Miami. Starting in December 2022, John will be the lead part-time gardener for Heal The Planet's gardens at Snyder Park, Fort Lauderdale